Johnny Costa, the founder, has been a chef and restaurant owner in the Palm Springs area since 1976. Frank Sinatra himself was a regular at this Italian restaurant, where the chairman’s two favorite dishes – the steak Sinatra and linguine clams – are still on the menu. Steak Sinatra and linguine clams are still one of the favorites of our diners. Celebrities and locals love the Johnny Costa experience and you will too!

Johnny Costa was born in Naples, Italy.  Enjoy his great, classic, delicious Italian cuisine. Johnny’s son, Head Chef Vince Costa continues the family tradition, perfectly executing the family recipes and delighting customers with a dining experience that is amazing.  His brothers and cousins assist him in running the restaurant.

Johnny worked in New York and Las Vegas before moving to California. Johnny arrived in Hollywood in the 60’s and that is when he met Patsy D’Amore who was the owner of the Villa Capri Restaurant in Hollywood and Tony Riccio was the Maitre’d. Patsy was friends with Frank Sinatra and Villa Capri became a Hollywood celebrity hang out and the place to be in the 60’s.

Johnny Costa was hired as Sous Chef and met Frank Sinatra where he learned the dish Frank Sinatra liked that was named Steak Sinatra. One of Franks other favorites was linguine clams. Johnny became known by Frank as he liked the way Johnny cooked. Johnny later followed To NY Riccio to a restaurant he was a partner in called Martony’s in

Hollywood. Tony Riccio hired Johnny as his Head Chef and Tony moved the Hollywood celebrity following to Martony’s including Frank.

Johnny later moved to the desert in the early 70’s started working again with Tony Riccio, who was the owner and Maitre’d of Club Trinidad in Palm Springs. During that time Steve McQueen, Bob Hope, and the Rat Pack frequented Club Trinidad which became a Palm Springs celebrity hang out. In the mid-70’s Frank hired Johnny to work at his estate with his personal chef.

While working for Frank Johnny opened Johnny Costa’s Ristorante in Desert Hot Springs, circa 1976, then moved the restaurant to Cathedral City before moving to their current location in Palm Springs. The legacy continues with Johnny and his family.

Visit Johnny Costa’s Ristorante where the atmosphere takes you back to a nostalgic era you only see on film — a romantic setting with soft lighting, exotic woods, candlelit tables, cozy booths, and classic Italian music playing in the background. 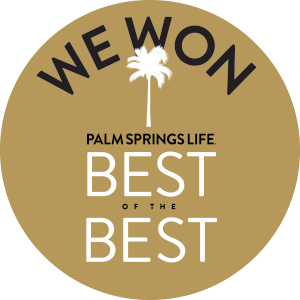 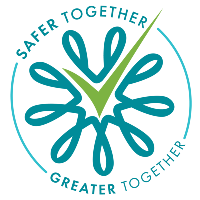